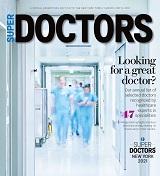 Confirmed cases will appear to rise as agency accelerates specimen testing; Changes in case counts due to faster testing will not represent a real-time influx of new cases.

The American Heart Association has developed a program to help more people survive cardiac arrest. During a cardiac arrest, the heart stops beating, and unless it is restarted within minutes, the person usually dies.

What makes some people more prone to wedded bliss or sorrow than others? Researchers at UC Berkeley and Northwestern University have found a major clue in our DNA. A gene involved in the regulation of serotonin can predict how much our emotions affect our relationships, according to a new study that may be the first to link genetics, emotions, and marital satisfaction.

Boys More Likely to Have Antipsychotics Prescribed, Regardless of Age

NIH-funded study is the first look at antipsychotic prescriptions patterns in the U.S.