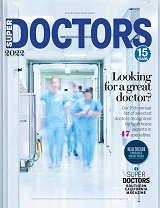 Energy drinks may increase blood pressure and disturb your heart’s natural rhythm, according to research presented at the American Heart Association’s Epidemiology and Prevention/Nutrition, Physical Activity and Metabolism 2013 Scientific Sessions.

The percentage of teens in high school (aged 16 and older) who drove when they had been drinking alcohol decreased by 54 percent between 1991 and 2011, according to a Vital Signs study released today by the Centers for Disease Control and Prevention. Nine out of 10 high school teens (aged 16 and older) did not drink and drive during 2011.

Pediatric experts argue that such devices may cause undue alarm to parents, with no evidence of medical benefits, especially to healthy babies.