Check your doctor's credentials, education and standing with the Texas Medical Board
Click Here 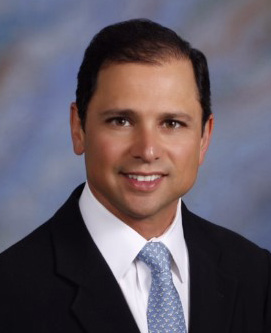 Dr. Jafarnia completed a fellowship in Hand Surgery at Harvard Medical School and trained at the French Institute for Surgery of the Hand in Paris, France, learning the latest diagnostic techniques and treatment options for hand and upper extremity injuries and conditions.  He has served as a clinical assistant professor at Baylor College of Medicine for nearly 15 years and as assistant professor for clinical orthopaedic surgery for Weill Cornell Medical College.  He also serves as an assistant professor for UT Health.

Dr. Jafarnia specializes in injuries and conditions affecting the hand, wrist, and elbow.  As an educator, researcher, and published author, he is among those contributing to advances in orthopedic medicine - offering the latest treatment options to patients, including minimally invasive arthroscopic and endoscopic procedures and injection therapies as well as fracture care and complex joint reconstruction.

Working with a select team of hand therapists, he utilizes the latest diagnostic technology and specialized hand therapy for the best possible outcome.

He was among the first in northwest Houston to offer Platelet-Rich Plasma (PRP) procedures and XIAFLEX therapy for Dupuytren's Disease.

He works to keep collegiate and high school athletes across Texas in the game, and he serves as the Medical Director for the Post Oak Little League.  In his spare time, he coaches his son's little league baseball team and trains for half marathons with his daughters.

At Baylor College of Medicine was awarded the Teaching Excellence, the Bronze Hammer and the Leonard Marmor Surgical Arthritis Foundation Awards.

Certificate of Added Qualifications in Surgery of the Hand (CAQSH)

Board Certified in Orthopaedic Surgery

Free Hand and Upper Extremity Seminars throughout the community as part of Houston's hand surgery specialists and affiliated hospitals.

Jafarnia K: Marking Your Site for Surgery. American Society for Surgery of the Hand Correspondence Newsletter, January, 2011; Issue No. 3.

Dr. Jafarnia and his hand therapy team help Olympic hopeful, Chris Brooks of the US Men's Gymnastic Team, overcome a potentially career ending arm fracture to realize his dream and join the team at the 2012 Summer Olympics in England.

Helping Olympic Hopeful Get Back to His Sport, 2012

Dr. Jafarnia talks about his work as an orthopedic surgeon specializing in injuries and conditions affecting the hand, wrist and elbow.

Dr. Jafarnia talks about some of the causes of Carpal Tunnel Syndrome and the latest treatment options both conservative (non surgical) and surgical such as a Carpal Tunnel Release.

Link your SuperDoctors.com profile page to your own website or blog with a personalized complimentary badge.